ACM is a service offered by Amazon Web Services (AWS) that you can use to obtain x509 v3 SSL/TLS certificates. 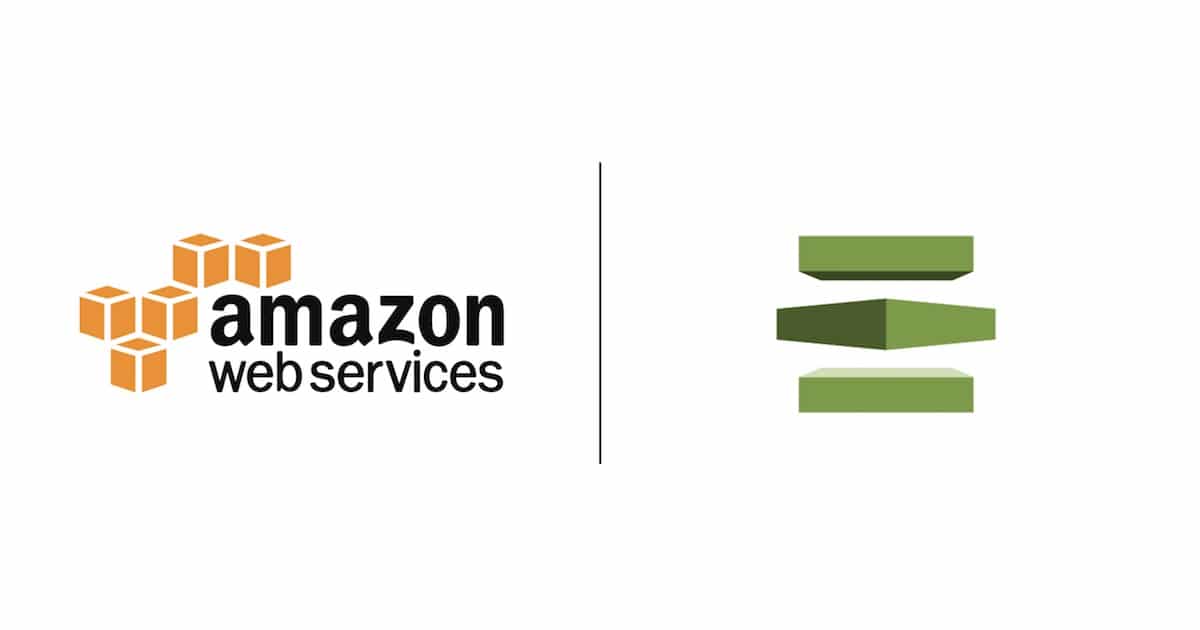 In this post, I take you through the steps to deploy a public AWS Certificate Manager (ACM) certificate across multiple accounts and AWS Regions by using the functionality of AWS CloudFormation StackSets and AWS Lambda. ACM is a service offered by Amazon Web Services (AWS) that you can use to obtain x509 v3 SSL/TLS certificates. New certificates can be either requested or—if you’ve already obtained the certificate from a third-party certificate provider—imported into AWS. These certificates can then be used with AWS services to ensure that your content is delivered over HTTPS.

ACM is a regional service. The certificates issued by ACM can be used only with AWS resources in the same Region as your ACM service. Additionally, ACM public certificates cannot be exported for use with external resources, since the private keys aren’t made available to users and are managed solely by AWS. Hence, when your architecture becomes large and complex, involving multiple accounts and resources distributed across various Regions, you must manually request and deploy individual certificates in each Region and account to use the functionalities of ACM. So, the question arises as to how you can simplify the task of obtaining and deploying ACM certificates across multiple accounts.

The proposed solution (illustrated in Figure 1), deploys AWS CloudFormation stack sets to create necessary resources like AWS Identity and Access Management roles and Lambda functions in AWS accounts. The IAM roles provide Lambda functions with the permissions needed. The function can be hosted as a deployment package in an Amazon Simple Storage Service (Amazon S3) bucket of your choice, which then requests ACM certificates on your behalf and ensures they are validated. 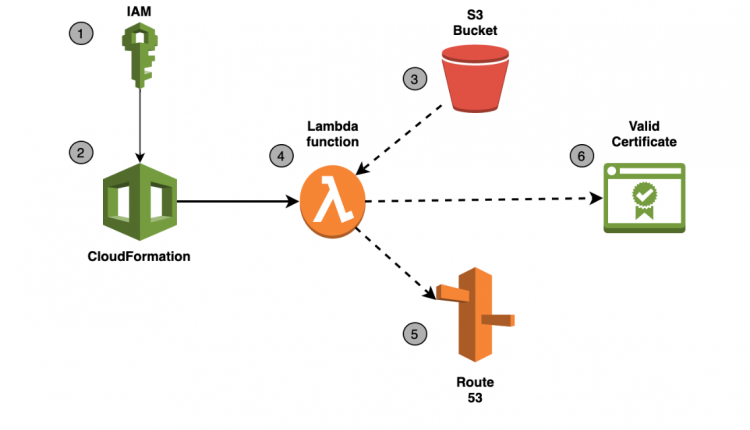 Before I describe the implementation, let’s review the important aspects of an ACM certificate from the time it’s requested to the time it’s available for use.

Important aspects of an ACM certificate

You can choose only one option for validating the domain—this cannot be changed for the entirety of the life of the certificate. ACM uses the same validation option to validate the domain when renewing the certificate.

In this post, I discuss validation through DNS. Validating through DNS can be automated, which helps in achieving the end goal of having public AWS certificates in multiple AWS accounts and Regions. Let’s get started.

During DNS validation, ACM generates a new CNAME record for the domains the certificate is requested for. ACM then checks if the records are in place.

Note: To achieve the use-case of this post, you need to use Amazon Route 53 as your DNS service provider. This is because the Lambda function has no way to detect and understand third-party DNS servers and cannot populate the records in them. Make sure that the DNS setup for the domain you’re requesting a certificate for is with Route 53.

The Lambda function, which the CloudFormation stack starts, populates the CNAME records from certificates requested in multiple accounts and Regions into a single Route 53 hosted zone. The Lambda function execution role in various accounts assumes the IAM role in the parent account to make changes to the hosted zone and add the required records.

Here are a few things that you need to keep in mind with respect to the Lambda function:

Let’s look at how AWS CloudFormation can help you extend this solution across multiple accounts and Regions. Using two CloudFormation stacks, you can deploy the following AWS resources:

Note: From this point, I discuss only the prerequisites and steps needed to deploy the solution. You can follow the included hyperlinks to learn more about the services and concepts discussed.

Route 53 and IAM are global services and so you don’t need to create these resources in every Region. The following implementation has been broken into two CloudFormation stacks. One for deploying global resources and the second stack as a stack set to deploy cross-account and cross-Region resources.

Prerequisites before deploying the stacks

It’s important to understand the parent-child relationship between the accounts that are used in the following workflow. The parent account is where the stacks are deployed. The stack set deploys individual stacks in each of the child accounts where the certificate resources are needed. Here are the prerequisites that you must set up before deploying the stack:

Once the prerequisites are met, you can deploy the two CloudFormation stacks. One deploys the Global-resources stack, and the other deploys the Cross-account stack.

Let me show you how to deploy the global resources stack. The Global-resources stack creates an IAM role in the parent account and attaches the necessary permissions to it. Please log in to your AWS management console and navigate to the AWS CloudFormation service home page to get started. You can leverage the stack Global resources template given inline directly during the setup.

To deploy the global resources stack

The following is the Global-resources CloudFormation template:

When the Global-resources stack is in the CREATE_COMPLETE state, you can deploy the second stack. The Cross-account stack deploys the rest of the resources that need to be created in all the Regions and AWS accounts where you want to deploy the certificates.

To deploy the cross-account stack

The following is the Cross-account CloudFormation template:

This completes the implementation of your cross-account setup. All the CNAMEs of cross-account certificates are now populated in the hosted zone of the parent account, and the certificates are validated after the CNAME records are successfully populated globally, which ideally takes only a few minutes. When set up is complete, you can delete the
CloudFormation stacks.

Note: When you delete the CloudFormation stacks, the ACM certificates and the corresponding Route 53 record sets remain. This is to prevent inconsistency. Other resources such as the Lambda functions and IAM roles are deleted.

In this post, I’ve shown you how to use Lambda and AWS CloudFormation to automate ACM certificate creation across your AWS environment. The automation simplifies the certificate creation by completing tasks that are normally done manually. The certificates can now be used with other AWS resources to support your use cases. You can learn more about how you can use ACM certificates with integrated services like AWS load balancers and using alternate domain names with Amazon CloudFront distributions.

What is AWS CloudFormation?

What is Microsoft Azure Sentinel?

How to deploy public ACM certificates across multiple AWS accounts and…

What is AWS CloudFormation?